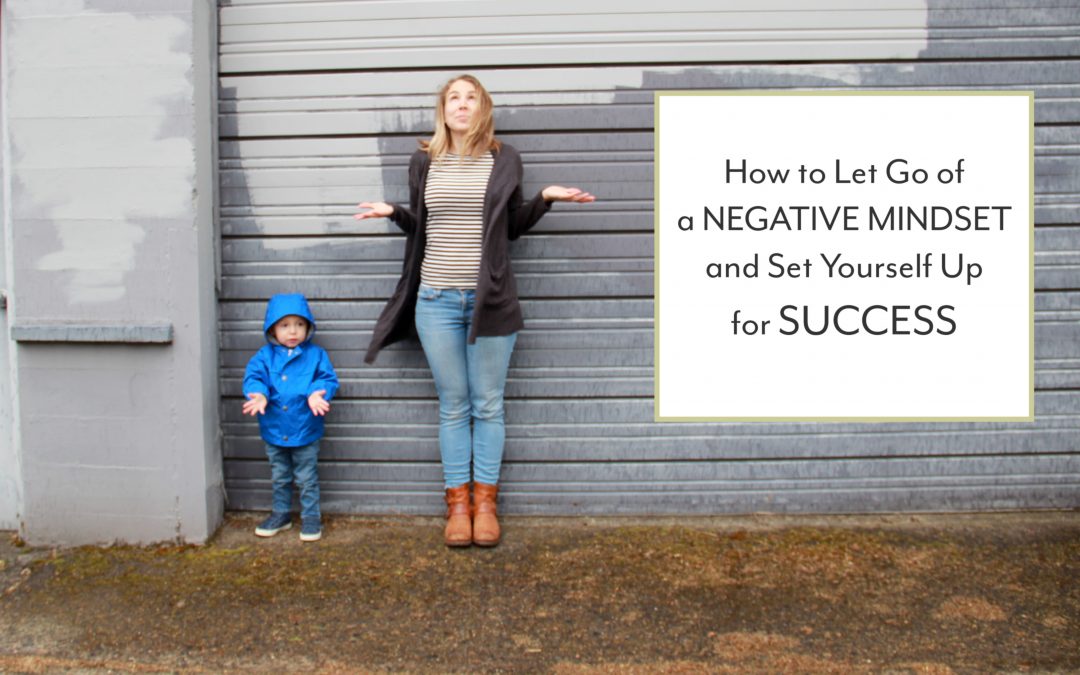 Don’t let a negative mindset hold you back from reaching your dreams.

I’m a pretty organized and driven person by nature.

And if you’re an ambitious mama too, there’s a good chance you’re the same way.

In fact, most ambitious mamas I talk to have a bit of fire to their personality.

We were the ones who were called bossy as kids.

And we have a tendency to think that we know how to do things better than the next guy.

But despite these leadership skills, there are inevitably a few things that fall through the cracks.

For me, it’s always laundry.

I can meet my social-media deadlines.

I can have a healthy meal on the table every night for family dinner.

But the one thing I have the hardest time getting to is folding laundry.

So I made a rule for myself.

The only time I get to watch TV is if I’m folding laundry at the same time.

(And as a result, anytime there’s a season of the Bachelor or This Is Us going, we have a lot less of a laundry pile-up at my house.)

Honestly, it gets bad.

When I have a project in the works, and there isn’t any must-see TV luring me to the sofa, it’s not unusual for both laundry baskets to be stuffed, the top of the dryer to be stacked, and to have another load waiting inside the dryer, all overflowing with clean shirts and socks and dish-towels.

But the TV thing helps me feel like I’m feeding 2 birds with one seed.

It allows me a moment of indulgence.

Which does my spirit good and I never have time for otherwise.

And it helps me get something done that really needs doing.

My latest go-to has been rewatching old Sex and the City episodes.

And let me just say, that had I known that it would still be so binge-worthy, I would’ve started with season 1 instead of jumping right into season 4.

I recently rewatched the episode where Carrie tells her boyfriend Berger what she thinks of the book he wrote.

And what does she think?

You can see how giddy she is to find out that the man she loves is also a talented writer.

But instead of showering him with praise, she does something we all do.

She starts with the scrunchy.

And the scrunchy is the beginning of the end for Carrie and Berger.

Because, the fact that the main character wears a scrunchy is Carrie’s only criticism of Berger’s entire novel.

She even spends the entirety of their next date gushing on and on and on about all of the many things she loves about his book.

But the only thing Berger hangs on to is the one bad thing she said about it.

And the reason he’s deaf to her praise is because he has a negative mindset.

His book, though wonderfully and lovingly written, had flopped.

He hadn’t sold as many copies as he had hoped, and as a result, he feels like a total failure.

Now, if he had been sitting on a million bucks and a hundred rave reviews it would’ve been a different story.

The scrunchy wouldn’t have been an issue at all.

Berger would’ve been able to laugh right along with Carrie as she teases him for his literary fashion faux pas.

And I’ll go so far as to say that he would’ve gone on to have a much happier and more successful life if only he had been able to change his mindset.

But because it was already such a serious pain-point for him, because he feels so insecure about his prospects as an author, he just can’t let it go.

And this negative mindset spirals him from a failed book to (spoiler alert!) a failed relationship with Carrie.

So here I am, watching this as I’m folding a tiny pair of size 2T jeans, and I just have to laugh at myself.

Because I can totally relate to Berger on this one.

Especially when it comes to success.

I can’t tell you how many times things are going well for me, and then I get one negative comment on my website, always from someone I don’t even know, and it puts a damper on my mood the rest of the day.

Or let’s take an even more discouraging example.

I’ve created 2 online programs that were kind of a big deal to me.

Both took me a year to develop and produce.

Both were packed with mind-body strategies that I knew could change people’s lives for the better.

And both of these amazing programs totally bombed when I first launched them.

The first of these programs was aimed at helping women with PCOS overcome their fertility issues naturally.

And when nobody on my extremely targeted mailing list of 2,000 clicked the “Buy Now” button, I cried.

I felt that ache deep in my belly and I let myself wallow with it for about a week.

But then I did something Berger didn’t do.

I picked myself right back up and moved on.

And I was able to shift my negative mmindsetmore easily because I had already set myself up for success ahead of time.

My next program was a lot closer to my heart anyway.

This next program, Love My Body, Love My Life, is designed to help women get over their body issues and adopt a healthier (and much much happier) approach to food and lifestyle.

And because this program is based on my own life-changing experience learning about nutrition, positive psychology, and releasing old emotions that are stored in the body, I thought this one was sure to sell like elephant ears at the zoo.

And it did sell better than the first program.

But the first few times I launched it, it didn’t sell nearly as well as I had hoped it would.

Still, the participants all raved about their experience.

And some even wanted to hire me for extra coaching.

But all I could think about for a while was the fact that I didn’t sell as many seats as I had wanted.

And I’ll admit, it held me back from moving forward.

But not for long.

Because I put in some work (on myself) and was able to get over this negative mindset too.

Because, again, I had already set myself up for success.

These situations are tough.

Especially when you’re working so hard already as a mother.

And you’re sacrificing so much to trying to run your business, or even just trying to get it off the ground.

But it’s a fatal error to let your happiness depend entirely on circumstance.

If you get stuck in a negative mindset and can’t let that scrunchy go, then you’re doomed to fail.

Because success isn’t about avoiding failure.

Success is being able to face one failure after another and still persevere, smiling.

And then you’re going to fail again.

But if you can’t find a way to enjoy the ride, then there’s no point.

So you’ve got to set yourself up for success.

And that means prioritizing the things that make you feel good, in mind AND body.

And that’s why prioritizing health and wellness in your life is the only way to make sure you can over a negative mindset when it arises, and set yourself up for success in the long-run.

So eat foods that are right for your body-type.

Move your body throughout the day and get your heart rate up every once in a while.

Learn to read the signs and symptoms of your unique body and emotions so you can nip imbalance in the bud before it becomes a bigger problem.

If you want to succeed, you’ve got to prioritize the health of your mind and body above everything else.

It’s only in taking care of your body and mind on a daily basis that you have the energy, stamina, and confidence to push through those challenges and make your dreams come true.

And when you do that, success becomes inevitable.

Because when you feel good, you do good.

And when you do good, the world responds.

Want to learn more about how to identify the factors that will help you bring the best version of YOU to all you do?

Then click here to learn more about my Customized Nutrition and Holistic Wellness Plans.

Because the details of what you need in order to succeed are as unique as you are.

And I can help you design your lifestyle in a way that suits you, perfectly.

Because it happens to everyone, and your experience might just help another ambitious mama get out of her funk. 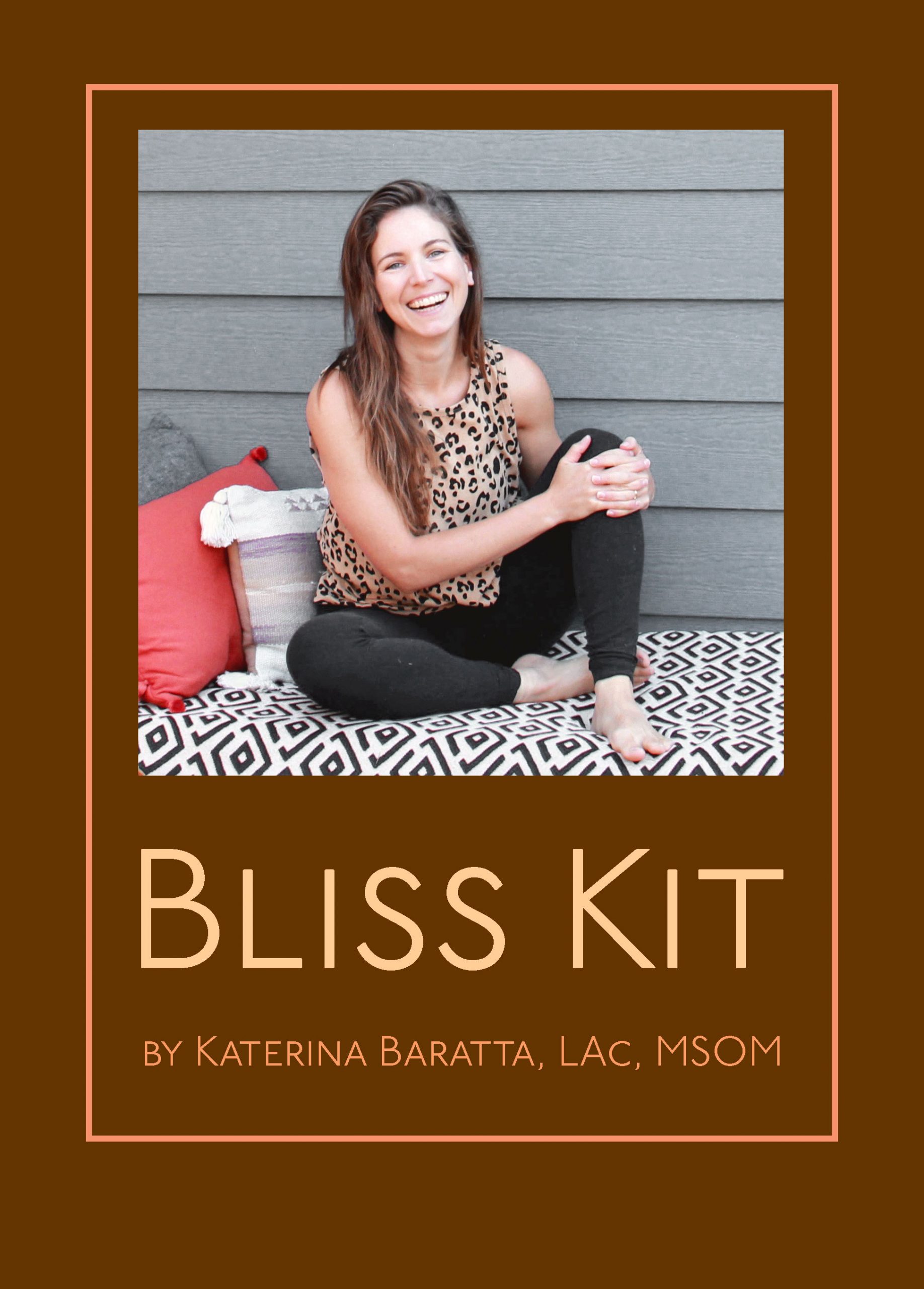 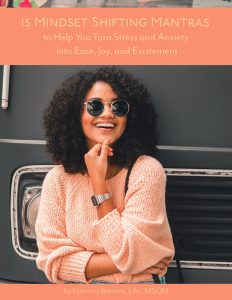 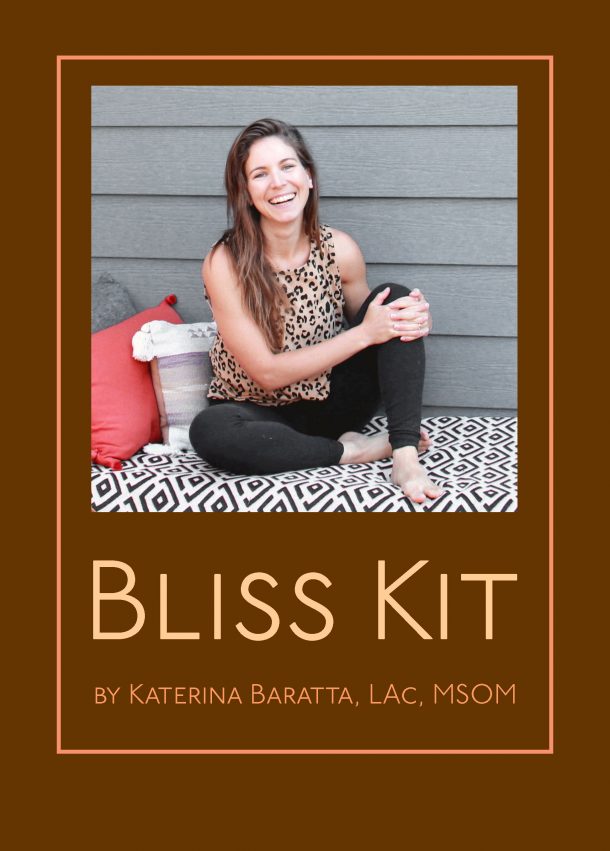